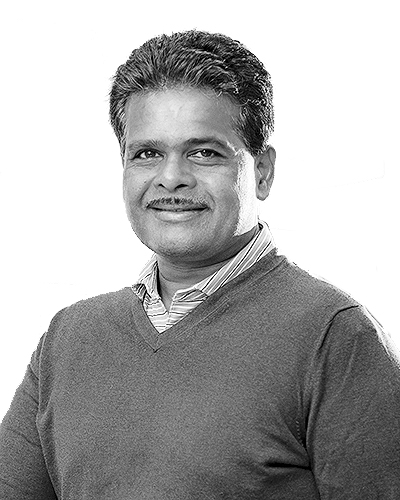 Kris Vaddi, Ph.D. founded Prelude Therapeutics and has served as the Chief Executive Officer and member of the Board of Directors since 2016. Prior to founding Prelude, from 2014 to 2016, Dr. Vaddi served as Chief Executive Officer of Orsenix, LLC, a clinical stage biotechnology company. Previously, he held several roles at Incyte Corporation, starting as a Founding Scientist and an Executive Director in 2002, and most recently as a Senior Advisor from 2015 to 2016. Dr. Vaddi initiated and championed JAK research programs at Incyte that led to the discovery, development, and approval of Jakafi® (ruxolotinib) for Myelofibrosis and Polycythemia Vera and Olumiant® (baricitinib) for rheumatoid arthritis. He received his BVSc in Veterinary Medicine from APAU in India and his Ph.D. in Pharmacology and Toxicology from University of Florida.

Get your tickets now for the inaugural GRIT Talks Speaker Series!

Grit Talks are a quarterly speaker and networking event featuring interesting local leaders answering seven questions over fifteen minutes. Woven together their answers will illustrate a common story. Failure….Overcoming it…. and the resulting success. Speakers will be business owners and leaders from our community who we know or should know with stories of inspiration to share. The talks will be held at The Mill’s Theatre N and the speakers will be captured on video and archived on the Grit Talk website for ongoing sharing and viewing. Guests will be asked to arrive at Theatre N at 8:00 a.m. for thirty minutes of coffee and networking. The talks will begin promptly at 8:30am followed by fifteen minutes of Q&A and additional networking until 9:30am.

WHAT HAVE YOU NOT DONE YET THAT YOU WOULD LIKE TO BE PART OF YOUR STORY OR INCLUDED IN YOUR EULOGY?

HOW HAS FAILURE, OR APPARENT FAILURE, SET YOU UP FOR LATER SUCCESS? DO YOU HAVE A FAVORITE FAILURE?

IN THE LAST FIVE YEARS, WHAT NEW BELIEF, BEHAVIOR OR HABIT HAS MOST IMPROVED YOUR LIFE?

WHAT ACTIVITIES MAKE YOU LOSE TRACK OF TIME?

WHAT BOOK DO YOU MOST OFTEN GIVE OR RECOMMEND AND HOW HAS THAT BOOK INFLUENCED YOU?

WHAT HAVE YOU PURCHASED, OR BEEN GIVEN, IN THE LAST YEAR VALUED UNDER $200 THAT HAS MOST POSITIVELY IMPACTED YOUR LIFE?

IF YOU COULD BROADCAST A MESSAGE TO EVERYONE IN THE WORLD KNOWING IT WOULD BE RECEIVED AND REMEMBERED WHAT WOULD IT BE?

Brought to with the help of